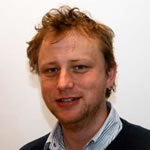 The RMS Lusitania was surveyed recently by the national seabed survey programme, INFOMAR, back in 2014, from a surface vessel utilising a multibeam echoscope (MBES) sonar, Kongsberg EM2040. This survey data can be visualised through an online portal:

However, as the wreck was surveyed from surface, resolutions achieved are somewhat low when compared to close quarter MBES inspections, SfM photogrammetry or Laser imaging. The proposed 2019 survey work looks to complete a close quarter MBES survey of the shipwreck site from an altitude of 10m. Optimal high definition imagery will be achieved through optimising accuracy of the inertial navigation systems (INS) onboard, minimising noise in ROV trajectory/stability, maximising data density, maximising pulse rate, narrowing the angular sector and using the highest frequency and shortest pulse lengths available. The aim is to complete between 4 to 7 overlapping centreline-parallel offset survey lines with additional perpendicular/oblique lines. We expect this survey to be achievable in the first day onsite over a 5-6hr period

The MBES data will have a number of benefits including:

In addition to the MBES ROV survey, we also plan a survey of the wreck site using UHD cameras and laser systems at 1.5m altitude. This survey will however be completed at much slower transect speeds and will be significantly dependent on conditions on the wreck site itself. We cannot survey the wreck site without 4-5m+ visibility. This survey will contribute high resolution image datasets to the SfM photogrammetry project being carried out by Kari Hyttinen. The proposed survey plan is shown below; however, this is dependent on conditions and rate at which the work can be completed. The aim is to complete roughly 15 overlapping centreline-parallel survey lines offset by 4m. We expect this survey to be achievable in 5-6 days; however, this does not take in weather contingencies.

The Centre for Robotics & Intelligent Systems (CRIS) at UL have developed a small inspection vehicle, Áed, which is currently undergoing some upgrades to take the UL MBES unit. Once complete, the Áed ROV will be capable of carrying the MBES system, Coda Echoscope, and the Laser imaging system, ULS-500. Additionally, the Áed ROV, through the OceanRINGS control platform, has GPS co-ordinate frame navigation, which will allow the ROV to precisely go-to-GPS position. By current practice, ROVs are flown using camera (and sonar) feedback from scene to pilots for remote manual control with simple track-line displays. There is little automatic control other than auto-depth and station-keep with Doppler velocity log, and ROV operations are dependent on highly skilled pilots. Oceanrings control suite takes a different approach and utilises state-of-the-art subsea navigation equipment in semi-automated control algorithms to provide robust and more accurate control of the vehicle underwater. Effectively OceanRINGS provides full 3D DP control & navigation along with other features such as go-to-position. The control suite is particularly useful for survey inspections where accuracy in navigation is a critical component.