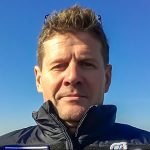 Kari Hyttinen is a technical diver/underwater videographer from Finland. He specializes in documenting deep wreck sites with 3D photogrammetry.

He has been involved in numerous wreck documentation projects in the Gulf of Finland as well as in Scotland, Malta etc.

Creating 3D models of archaeological sites using structure from motion (SfM) photogrammetry is an established and well documented method. The simplicity of the process and the availability of open source photogrammetry tools has facilitated the digital capture of heritage sites above and below water. Commercially available tools (e.g. Agisoft Photoscan, Reality Capture and Remake) condense the processes involved into a single streamlined package that simplify the process further. Underwater sites present specific challenges for photogrammetry. They are often difficult to access, require specialist equipment (e.g. camera housings, lights) and diver training. When the site of interest is beyond the safe range of open-circuit scuba equipment or requires repeat diving, technical dive training, closed circuit rebreathers and mixed gas blends also become necessary.

Alternate remote sensing technology such as multibeam sonar and subsea laser are effective methods to survey shipwreck sites without diver involvement. However, these technologies do not capture colour information and the resolution and quality of the point cloud data produced can vary significantly. When good quality multi-beam sourced point cloud data is available, this can provide a base map to locate higher detailed and textured photogrammetry data.

SfM photogrammetry can be created from sequences of still images captured through time lapse or extracted from video footage. The method adopted for the project is to shoot 4K video and sample images at 2-3 frames per second. This method allowed wider coverage and a greater selection of images to choose from. The process involves the identification of common features which are visible in an array of photographs. The photogrammetry algorithm identifies these common features and uses them to triangulate the position of the camera in 3D for each image. From these calculations the spatial position of features in the image can be calculated and a 3D model is produced.

The 3D models produced through the structure from motion process can be viewed from any direction, allowing further analysis after completion of the survey. The process also removes any moving object from the image, so fish and detritus in the water column are not visible in the final 3D model. The critical element in the process is the initial image capture. When high resolution image sequences are captured with appropriate depth of focus (i.e. not blurred), they can be reused as photogrammetry algorithms improve in the future and computing power increases.

Data from future surveys could be combined with current data to extend coverage of the site and also show any changes occurring to the wreck over time.

Example of the additional detail that can be achieved with 3D photogrammetry.

The mast of the SMS Kronprinz in Scapa Flow is barely visible in the multibeam image but a detailed and textured image can be achieved with 3D photogrammetry.

Progress on the RMS Lusitania Shipwreck

On the previous dives on the RMS Lusitania a limited region of the wreck was surveyed with photogrammetry.

The plan for the summer 2019 is to continue aft from the funnel no 1 as well as complete the 3D model of the bow section.

With 3D photogrammetry it is possible to:

← Shipwreck Structure And Biodiversity (2019)
We use cookies on our website to give you the most relevant experience by remembering your preferences and repeat visits. By clicking “Accept”, you consent to the use of ALL the cookies.
Cookie settingsACCEPT
Manage consent