An Obituary For Gregg Bemis From The Project 17 Team 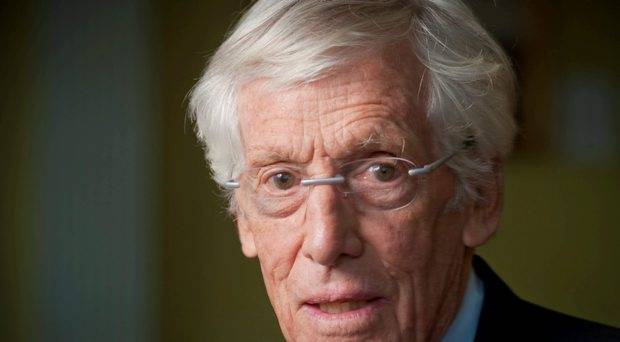 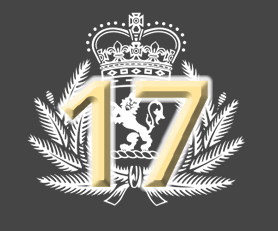 The Lusitania Project 17 team wish to convey their sorrow and pay respect to the late Gregg Bemis, former owner of the Lusitania wreck, who died 21st May 2020 a week short of his 92nd birthday.

A summary of this remarkable man’s involvement with the Lusitania mystery can be read by following the link to an article published  by Stanford University below. 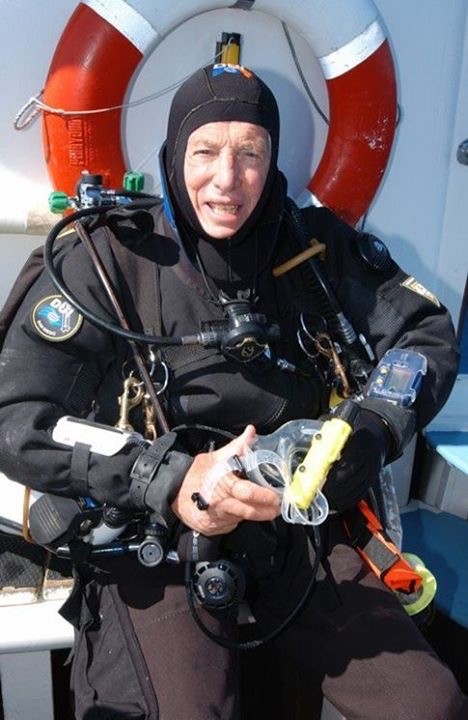 On 21st May 20, the driving force to unravel the mystery behind the sinking of the Lusitania, with the death of Gregg Bemis was extinguished!

For over half a century, 52 years to be exact, Gregg Bemis, an individual on a single minded crusade for the truth, battled with bureaucracy and government/s

Now at last he is now among all those who know the truth as to why the Lusitania sank in just 18 minutes.

I recall once when traveling from Dublin airport with Gregg, he advised that to the media,  he was never simply known as Gregg Bemis but Gregg Bemis “The millionaire”  or “Businessman, Gregg Bemis” The media always have to label you” he said and we laughed.

Gregg was a Korean war veteran, a man of conviction, honour, loyalty and integrity and there are several accounts of the respect he showed the Korean people.

He was one of the most humble people I have ever met.

We need to be aware that the Lusitania was the largest ship in the world at the time of her launch and on a par with Titanic ,which was launched in 1912 ,in terms of luxury and speed.

Gregg’s passion to find the truth was infectious. His quest to find the answer to questions as to why the Lusitania sank in only eighteen minutes with such a huge loss of life.

It was in 2016 that we first made contact with Gregg. Like most things in life, necessity is the mother of all invention.

In an effort to make a wish come through for a man from Newry, who had a possible life threatening illness, we made contact with Gregg in order to ask his permission in order to dive The Lusitania. This was a prerequisite in order to obtain Government authorisation.

Gregg’s gentle nature enabled us to grant our friend the chance to make his wish come through, however being the businessman that he was, he asked if we could help him with an issue that he had a problem with.

This was the beginning of a roller coaster ride for all that were involved and particularly Gregg.

His drive and ambition, knew no bounds. Illness and age were barriers for others. These factors did not affect Gregg Bemis.

He wished for the relocation of a Lusitania ships davit, which was at that time located in a park in Annalong,  Co. Down in Northern Ireland. The relocation  was to be,  if possible to The Lusitania Museum in Kinsale in The Republic of Ireland.

Over the next few weeks and dozens of emails, we didn’t realise it at the time but we had gladly and willingly become tools who could assist Gregg with his research and at the same time get one of the largest items ever recovered from the Lusitania relocated to a place where he hoped all of the Lusitania artefacts would eventually remain: The museum at the Old Head Of Kinsale.

Gregg had two burning desires in relation to the Lusitania. The first was the answer to the age old question. Why did a ship like the Lusitania sink so quickly from a single torpedo hit. The second was the rescue of the artefacts from the  Lusitania and their relocation at the Old Head Museum, where peoples of every race and generation, could come and see them. In reference to The Titanic Expedition in Belfast, he would say “Why can this not happen in Kinsale?”

Illness and age, were side lined and at almost an age of ninety  he made several journeys to Ireland in the last few years,  in order to move forward the projects that were dear to him and to ensure that things were going according to plan. Prior to the pandemic, he had plans in place again for another visit this year in July. His energy was unbelievable, his zest for life knew no bounds, and for a person of his advanced years unequaled.  Just before Christmas, he advised that he would have to give up soccer as the consequences of an injury might not be good.

With focused determination, illness and age made no difference to this great man.

He alone, was a driving force that we will never see the likes of again.

The torch that Gregg ignited now burns very brightly,  fuelled by like minded individuals, which will now be carried forward by those, who shared his belief and his passion for the truth and the completion of the new Lusitania museum, hopefully soon to be built.

Hopefully, sooner rather than later, using a simple process of elimination, the efforts of those presently involved in the project will bring the answer to the question which has eluded the world for over 100 years. Why did the Lusitania sink In only 18 minutes causing such a huge loss of life?

For as long as people have been writing about the Lusitania, it has been said that one of very few possibilities as to the sinking of The Lusitania by the second explosion was attributed to the build-up of coal dust. Gregg believed this to be totally unsubstantiated and untrue and in 2019 began  working on a project to use a commercial venture to obtain access to the boilers. In Aug 2019, Project 17 found plates removed that would allow divers to gain access to the boilers. It is our intention to investigate the boilers in 2020 and it was with this venture in mind that Gregg was returning to Kinsale again in July.

It’s said that we are all a product of our environment and those we come into contact with.  For those of us at Project 17, who came into contact with Gregg as he approached the winter of his life,  there is no doubt that his influence effected all of us on the core team, in one very positive way or another.

As long as the Lusitania exists and the word Lusitania is mentioned, the name of Gregg Bemis will be synomonous with the second most famous shipwreck in the world!